The mission of ALLIES is to lead collaborations and catalyze systems change that promote English learner success in education, career and community. ALLIES led the way in developing a comprehensive Immigrant Integration Framework to identify and measure the critical factors for successful immigrant integration. ALLIES partnered with the South Bay Consortium for Adult Education (SBCAE) and Working Partnerships USA to develop the framework, which informed AB-2098 for Adult Education Consortia across California to measure the impact of immigrant integration in their work.

The Community College Center for Economic Mobility is a partner of the The Opportunity Youth Partnership. SCOYP is a collective impact cross-sector partnership committed to building a seamlessly integrated opportunity ecosystem that ensures young people can easily get from wherever they are to wherever they want to be. Formed in 2013, the OYP convenes public systems, community-based organizations, education providers, elected officials, and the business community in order to better coordinate supports and resources across Santa Clara County. The OYP’s goal is to ensure every Opportunity Youth has a pathway back to education and onward to career employment. The OYP is a member of the Opportunity Youth Forum, a national network convened by the Aspen Institute’s Forum for Community Solutions. OYP is one of 24 communities across the country collaborating to improve practice and connect the organizations and systems that Opportunity Youth rely on for support and stability. 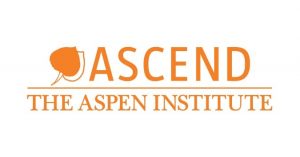